This is the story of my second biggest regret in life.

Don't make the same mistakes I made.

About 8 years ago, being young and naive, I decided I wanted to build apps for a living.

My dad was not happy about it.

As a graduating engineer, I was supposed to get into consultancy or FAANG.

I didn't want to follow the "traditional" path so I decided to move abroad and work for a startup.

In my spare time, I worked on a productivity app I'd created. There was no name for this "category" of apps yet.

The startup I worked for went bust. In hindsight, I think the only reason they hired some foreigner without experience, is because that would get them a grant.

Instead of going back home, I decided to stay in one of the most expensive cities in the world, and continue working on the productivity app.

At this point I had found a co-founder, a guy who moved there around the same time as me.

We became good friends and I crashed on his couch for 7 months. All we did was get up, drink coffee in the little garden and work on the app all day.

It was an amazing time. We started to get some users and implemented a "feedback wall". Instead of asking for money, we would ask for a feedback email to unlock all the features of the app.

It worked wonders. The emails came in and they kept coming.

Each day, I would open the mailbox and go through the emails one by one, extensively talking to each user and thanking them from the bottom of my heart.

I would put all the feedback in a big excel sheet and group similar feedback together.

Each day we would work on the most requested items. Then we would check more emails. We repeated this for months.

We got lucky. Our initial users came from some app aggregator that mentioned us. We got hundreds of signups in the first few weeks. Without that, we would have probably given up straight away.

Between the two of us, it was hard to find a way to communicate fast enough. Even though we were living together and working together, we still managed to send tens of emails per day to each other.

It was magic. It felt like we were completely in sync, working towards a common goal.

We marketed the app by posting on Reddit and submitting it to various blogs.

At one point, we almost killed the app by overriding the local database on the phones with an update. Some people lost their data, but we worked through the night and implemented a fix. The damage was contained.

Later, we decided to ask for money instead of feedback.

A first payment rolled in. And then another.

Holy crap, this was actually working. People were gladly paying.

At this point we had some money coming in. I guess we were ramen profitable, in the sense that we could pay for rent and ramen.

Growth was stalling a bit though. We ran out of ideas. We implemented all the feedback that could pass for "sensible".

We ran out of steam. Doubt showed up.

"Is this idea even big enough?" "Maybe the market is just too small"

No-one had told me that doubt is normal. That startup founders typically go through a lot of bad periods. That actually, we were one of the lucky ones. That initial growth shouldn't come as easy.

And that we definitely shouldn't take it for granted.

At the time, I didn't realize that there is a vast array of possibilities between "billion dollar business" and "failure". We had been brainwashed by the go-big-or-go-home unicorn VC mentality.

Then my cofounder emailed me:

I am tempted to make a push for some funding from a startup accelerator - with business plan and everything. Slowly I am coming to the realisation that with funding we can progress much faster..and we can concentrate on it 100%.

So we applied to all the accelerators in the city, including the worst one.

All accelerators rejected us.

Then the worst one emailed us that, despite the rejection, we could join. Some other startup had declined.

This accelerator ripped us off in a very obvious way, which we didn't realize at the time.

The accelerator program was complete chaos. The first week they told each startup they should write down one metric and they were gonna track the performance of that metric every week.

One of the main guys from the accelerator threatened us. I would characterize him as a "demotivational speaker".

We were in this weird mental state. We were one of the fastest growing startups in the batch. Other founders were asking us how we did it. Our startup was kind of growing by itself. And we were super demotivated.

At some point we stopped showing up. Our excuse was that the commute to the accelerator took 2 hours of work from us each day. In reality, we were fed up.

One of the guys from the accelerator had a good connection at Google. After weeks of nagging, he contacted the guy and he got us into the "real" app game.

From one day to the next, they basically flipped a switch and we got thousands of downloads a day.

Don't let anyone tell you the game is not rigged. Connections are everything.

This was pretty much the only thing we got out of that accelerator. It was a good thing though.

They say a startup dies when the founders lose motivation. That was certainly the case for us. The demo day was great, lots of interested investors, but I was dead inside. I was fake smiling.

I decided to travel around a bit. My co-founder took another job. And the money kept coming in.

Some backpacker in Asia told me I'm living the dream. I felt like a failure.

While in Singapore I got a crazy bout of renewed motivation. I camped out in a Starbucks and built the iOS version of the app in about a month.

I thought that would save us. I launched the new version on Reddit, it made a big splash but then died out. I expected it to at least double or triple our sales.

If I had had a bit more patience, I would have noticed that this version was definitely growing and gaining momentum.

I expected too much, too quickly.

We lost all motivation again, just as quickly as it had reappeared.

I'm not sure what my thought process was at the time, but I randomly decided to google "how to sell your app" and sent this random app guy an email:

The guy asked for some more stats which we provided.

He then offered about $55k.

Even though this was less than a year's revenue for us, we seriously considered it.

We were fed up with the whole situation and decided to go through with the deal.

But the investors said no.

We then kept working on it for another year or so while we were both doing other stuff. The revenue was pretty stable.

The buyer was extremely patient and kept checking in.

I was traveling around the world and not being very responsive:

Rereading this whole email thread, I'm in awe of the sheer perseverance of the buyer.

After almost exactly one year, the investor issues were resolved and we came to an agreement, which was more than double the original price.

At no point in the process did I know who I was talking to. I had never seen this guy's face. We never called or met in real life.

Still I was quite convinced it was all legit.

So we got the money, we subtracted the investors' cut, divided by two and paid taxes.

There was not much left in the end.

Now, more than 5 years later, the app is still online. By all indications it makes more yearly revenue than ever.

The buyer is doing minimal updates, just enough to keep the app alive. They get quite a few 1 star ratings, but they're still coasting on the original reviews and goodwill.

Can't say it doesn't sting a little bit. But these days I'm mostly happy for him. He made a good deal.

Not sure if there are any lessons here. Maybe that you should not take things for granted when you're young. Chances are you just got lucky.

Maybe that you should squeeze every last drop of opportunity out of the hand you're dealt. You might not get another chance, so don't give up when the going gets tough.

I see many indie hackers selling too soon.

Maybe that life is mostly a random search, until it isn't. Once you find a good wave, jump on your board and hold on for dear life.

Maybe that you should always shop around and compare prices, whether you're buying a car or selling an app. I regret not asking for outside opinions. I regret not having a strong support network of other creators and founders. I regret not at least putting the app for sale on a public forum.

Maybe that you should properly read and understand the legal documents you're signing.

I think I mostly regret giving up while there were still so many paths to discover. So many ways to grow, even though we both thought we had explored all options.

I now realize a good app on the app stores is real estate. It doesn't just go away.

Don't get me wrong. I'm happy now. Lots of doors have opened for me since I sold our app. And we helped many people. I'm proud of that.

But the itch is still there.

That's why I'm starting again. I'm taking one year off from freelancing, and I'll try to start something new.

If you liked reading this and you'd like to help:

As always, much love
– Shadowy 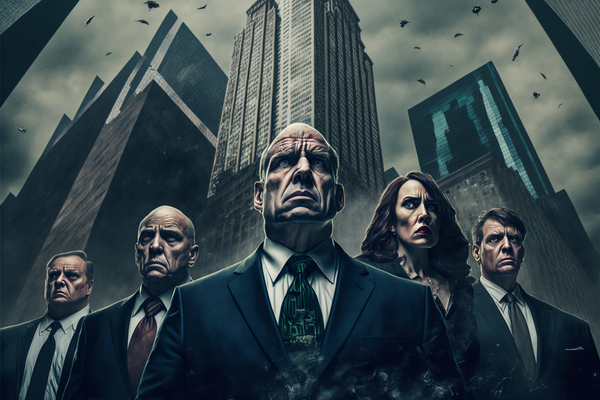 Most articles about Bitcoin are garbage. I promise you, this one is not. I'm going to explain the technical stuff in a way that even your grandma can understand. Plus, I'll debunk some common misconceptions and share my own "aha!" moments. By the end of this series, you will have